Most of the postmortem examinations of the Canadian Rebellion of 1837-38 identified one of its leading causes as faulty political education… (p. 25)

Talking Point: Define education. The British wanted to use education to guard against future rebellion—is this education or indoctrination? This is a constantly returning theme—see other entries on Tyler & Counts. How much of what we might term in the 21st century as genuine education could also be called indoctrination?

[R]eform of governmental institutions, inspection and investigation of local conditions, and common schooling with a host of other attempts to reconfigure social solidarities… attempted to translate this analysis into practice in the decade of the 1840s. (p. 25)

This was the beginning of the two-stream system in Canada, of secular state schools and the Catholic school boards (p. 26), as the defeat of the rebellion was used to instigate “thorough reconstruction of social, political, and economic relations in the Canadas.” (p.26)

Those subjected to tutelage would enjoy a substantial degree of autonomy, yet liberals insisted that the progress of training the people would have to be regulated and monitored by central authorities to ensure that liberty would not exceed its proper bounds. (p. 27)

Talking Point: Clearly this is Friere’s ideas of using education to control the general population in practice. 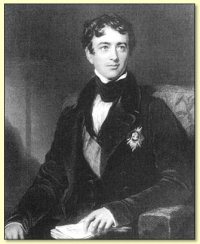 Prior to this re-organization, very little information flow was received from townships/villages to government. Very little government presence was even felt at this level, leading to the crisis that became the Rebellion.

Following the military defeats of the patriotes in November and December 1837, the imperial government suspended the colonial constitution and despatched Lord Durham as governor at the head of a commission of inquiry. The colony was placed under the rule of an appointed Special Council which immediately suspended civil liberties.

Durham arrived in the colony in May 1838 and proceeded to investigate the causes of the insurrection. He attempted to calm matters by transporting a few of the participants while ordering an amnesty for the majority. His resignation in October 1838 followed the disallowing of his ordinances, and when the second insurrection broke out later in the autumn, Durham was at sea, returning to London where he would write his celebrated Report on the Affairs of British North America. (p. 30)

Central government from London was ineffectual and unable to provide accurate information with regard to the then “present state of education” in Lower Canada. (p. 30)

The insurrection made it both palatable to the Colonial Office and urgently necessary to put reforms in place, while with Lower Canada under coercion, the executive had a relatively free hand. (p. 31)

Imposition of British political, social (read class) system and religious views on colonial Canada would then follow—through carefully monitored education. Even gender roles came in for British criticism, as apparently women assumed male roles— the active, bustling, business portion of the habitans (p. 32)—where they were better educated.

[A] system of common or elementary schools supported by a state grant to be matched by a tax on property property, managed by elected officials on a day-to-day basis, and closely supervised by a hierarchy of authorities. (p. 33)

Closely modelled on the Irish system and that to be implemented in England, wales and Scotland, with additional features borrowed from schools in New York. Buller saw this system as guarding against radical schoolmasters and placing control of political education with elected officials.

Between local proprietors and visitors on the one hand and the central inspectorate on the other, Buller sought to interpose a body of elected commissioners at the district level whose responsibility it would be to determine school boundaries, distribute money, and make regular reports to the inspectors. (p. 34)

Talking Point: Very easy to see how the present education system has evolved from this plan in both the U.K., and Canada. Even the relatively modern aspects such as the Office for Standards in Education (OFSTED), in the U.K., could be equated to such groups as Buller’s Canadian Educational Commissioners and the English Poor Law Commissioners.

Talking Point: In implementing Buller’s Plan (Forcing Government Downward in Canada East, 1841-50; p. 36–40), nothing shows more plainly that curriculum is the product of the social conscience, the politics and subject knowledge of the time—as discussed in the Duncan McArthur entry.

Resentment toward the impositions of the various legislative acts continued through 1847–1851, inflaming class antagonisms already present before the Rebellion:

A large number of violent incidents occurred, including the seizing and burning of school records and papers, the burning of school houses, the killing or maiming of the horses of local officials, the destruction of tax rolls, and, in one of the most notorious cases, the physical assault of a municipal assessor followed by the burning of the barn containing his stored grain and cattle and his forge… [T]he candle-snuffers war (p. 40).

In order to impose Buller’s plan throughout Lower Canada, political realities had to be recognized…

Ultimately, the liberal dream of a secular self governing polity was subverted in the domain of education by the political necessity of constructing an alliance between Church and State to overcome popular opposition. One of the roots of Catholic hegemony in what would become Quebec was firmly planted in this educational alliance. (p. 42)

Talking Point: Curriculum is politics, and the current status of the educational system in any country reflects that reality:

At the heart of the liberal project for Lower Canada was the creation of a state of tutelage for the population. Educational historians interested in taking seriously the insight of the revisionists of the 1960s and 1970s that education is not simply about schools might take note of the conjunction of inspection and intelligence gathering, the construction of political alliances around local administration, and schooling. They cannot usefully be studied in isolation. (p. 42–43)

You can also take a look at…

… my impression of the joys of writing, and the tools I love to use.